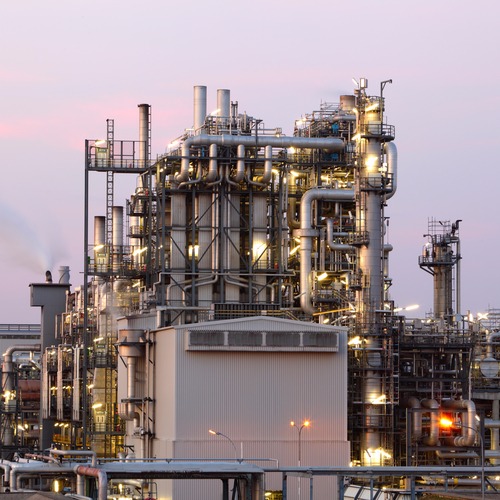 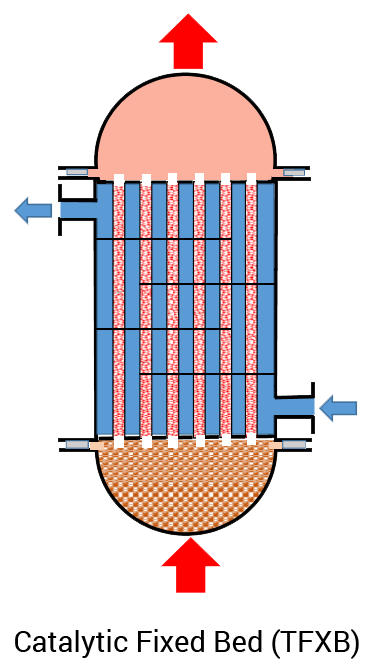 Catalytic Reactor: We specialize in design of catalytic reactors of virtually every type and complexity for Energy, Chemical and Petrochemical sectors and for Advanced Process Technology. This covers, and not limited to, methanol converter to Maleic anhydride reactor, Fisher Tropsch Synthesis (FTS) to Fluid Catalytic Cracker (FCC) and Alkylation to Acrylonitrile process. Our design, scale-up and modeling expertise led to commercialization of a new tubular fixed bed catalytic process for production of acetic acid. 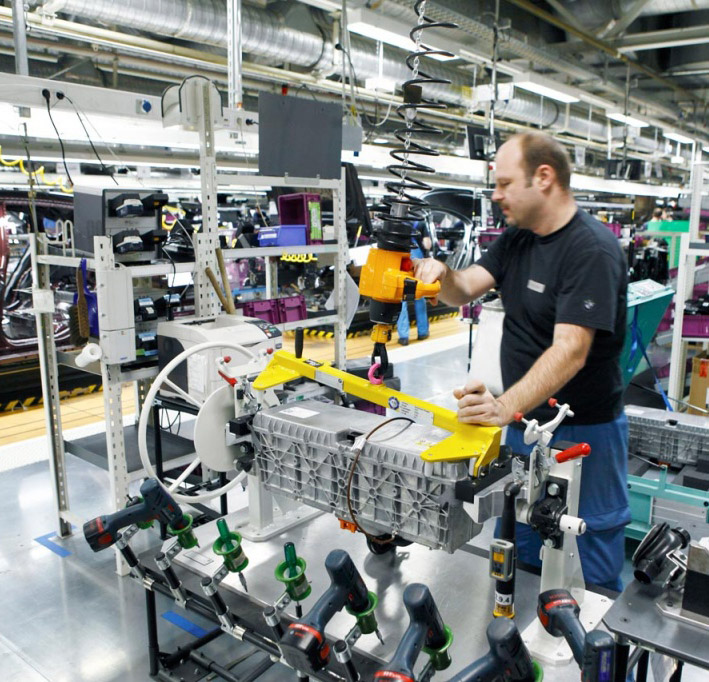 take place at close-to product (exit) stream composition and temperature. Such a reactor is sometimes used in catalyst activity tests during a new process development. We are capable of readily establishing reaction mechanism and kinetics from data obtained from such a reactor. A CSTR can also simulate the behavior of mixers and mixing zones of reactors such as an FCC and a CFB (Circulating Fluidized Bed). 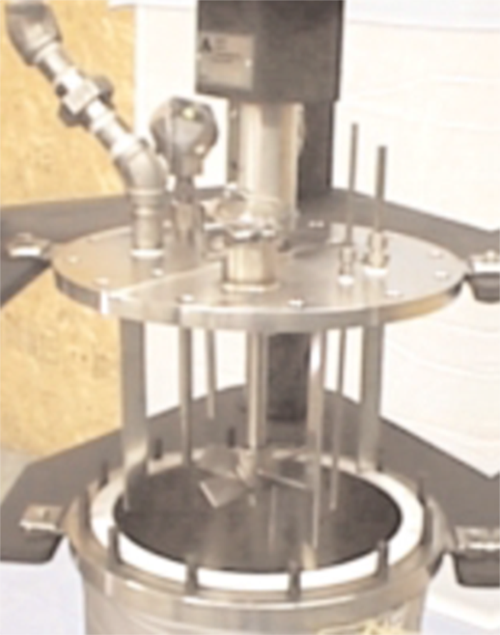 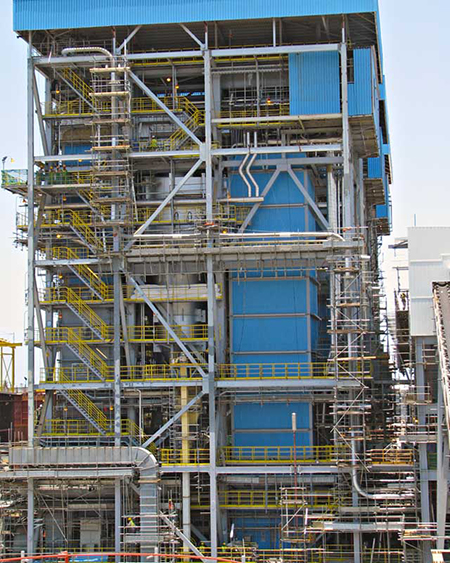 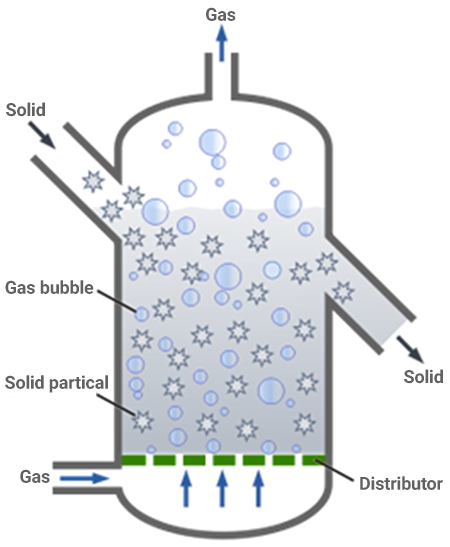 Fluidized/Turbulent Bed Reactor (BFB): Our design, scale-up and modeling expertise led to the world’s first commercial catalytic fluidized bed reactor (BFB) for production of Maleic anhydride from n-butane. This was our very first commercial design experience and since then (1980) we have designed and simulated performance of a number of other catalytic and non-catalytic BFB reactors. This is a core area our expertise. We fully cover fluo-solids flow and systems design. We offer a comprehensive BFB model that can be promptly customized for your reaction system. 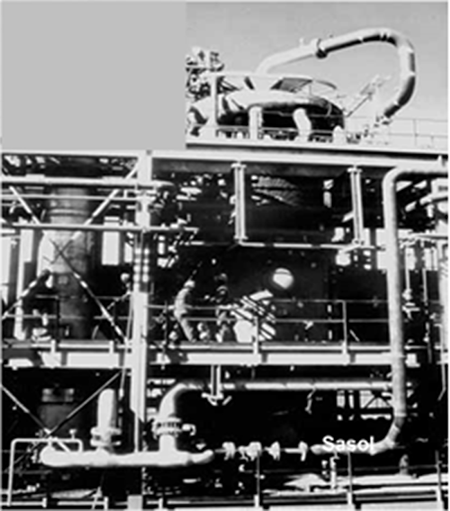 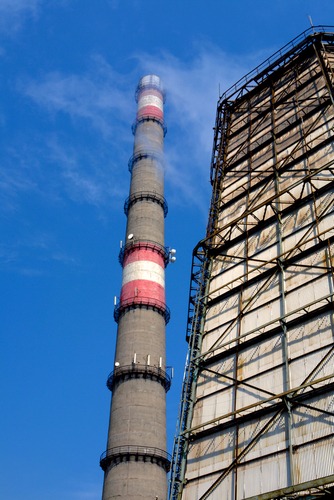 Backed by our experience of successful design and operation of two circulating fluidized bed (CFB) pilot units and closely following the design, development and operation of commercial CFB and entrained bed reactor systems (ENB) in coal Combustors/gasifiers, FCC and other processes we developed design and modeling expertise in CFB/ENB area.

Solid/Fluid Phase Reactions: Our design and modeling tools account for reactions that can occur both on solids surface and in the bulk phase fluid simultaneously in both catalytic and non-catalytic reactors. Combustion of CO (CO+O2 →CO2) that can occur both on catalyst’s surface (or metal wall) and in the bulk gas phase is a typical example. This is in contrary to a common practice of assuming that the reactions occur exclusively either on catalytic surface or in the bulk fluid phase.

We Work on reactors and reaction systems of any kind, scale or complexity, including those involving undefined/difficult-to- define chemistry of coal, biomass and petroleum.