To choose from to analyze, design, Debottleneck or revamp your system 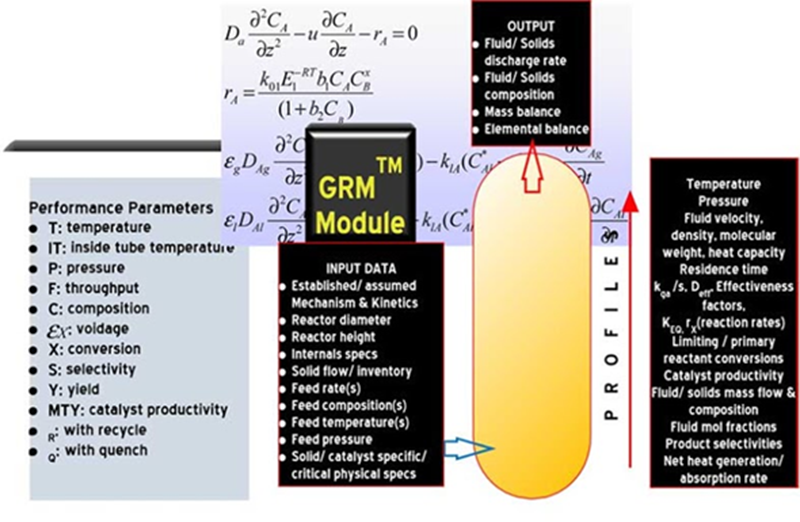 User-Ready Modules: Each user-ready reactor design module or the total package (GRMTM) is a stand-alone and user-friendly program for you to carry and use wherever you are and whenever you want. It provides you prompt, reliable and quantitative answers regarding not only your final reactor design and commercial projections, but also almost all key and what-if questions at each step from concept to commercialization that includes technical and economic feasibility studies, experimental unit (bench and/or pilot) design, experimental plan and procedure development, critical data analysis, data screening, establishing intrinsic reaction mechanism and kinetics, catalyst formulation, screening and size/ shape selection (if used), process engineering, interaction with EPC company, reactor fabricator and project team, and development of right and safe operational (including startup & shutdown) and control procedures.

Catalytic Fixed Bed Reactor (Cat-FXB): This module is applicable to three operational modes of this reactor: isothermal, adiabatic and non-adiabatic. The isothermal mode (with imposed temperature profile) is very useful for establishing reaction mechanism and kinetics from data generated in an integral tubular reactor with measured axial temperature profile. The adiabatic mode is representative of a single packed bed or multiple packed beds with inter-bed cooling. The Nonadiabatic mode represents a or other heat transfer fluid, like smother so its cooled multi-tubular fixed bed reactor that is most common in the industry. Accurate predictions of reactor axial temperature profile and the temperature peak for an exothermic reaction are two key requirements of this model for the adiabatic and Nonadiabatic operating modes of this reactor. For a given reaction system and operating conditions the temperature profile and the peak are functions of the effective particle size of the catalyst packing and the tube diameter for a Multitubular reactor in addition to rates of reactions and heat generation. Determination of the peak temperature and its control is critical to minimize hot spots and potential temperature runaway that is a key concern in the design of this reactor. 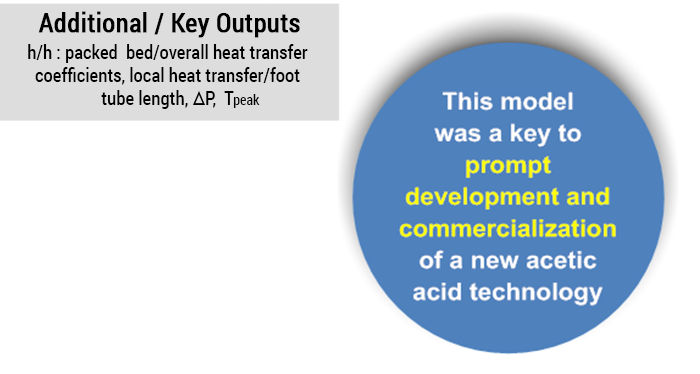 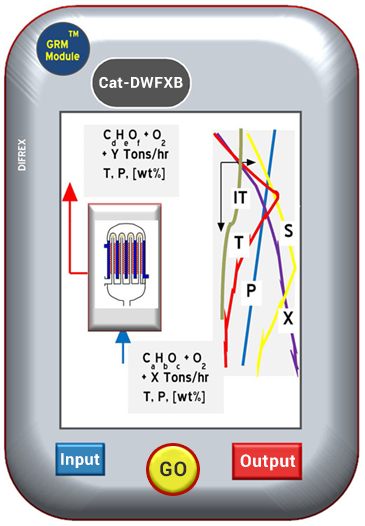 Catalytic Double-Wall Fixed Bed Reactor (Cat-DWFXB): In a catalytic double-wall fixed bed reactor (also known as bayonet-tube reactor) a donut-shaped or annular catalyst bed is cooled by both the feed gas flowing through an inner tube (forming the donut hole) and the steam or other Heat transfer flow surrounding the outer wall of the bayonet tube. This is the configuration used in so-called ‘super-converter’ for methanol synthesis. An optimal axial temperature progression leading to maximum methanol yield (due to close approach to equilibrium conversion and selectivity) and productivity is achievable through this design. The module offered for this reactor configuration was developed based on rigorous simulation of published data on optimal temperature and conversion profiles of a methanol super-converter reactor. Such a reactor could be considered for other reaction systems as well. 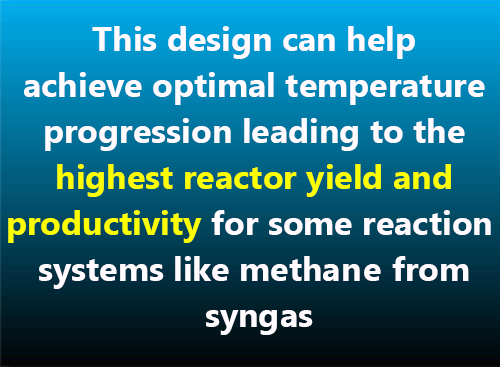 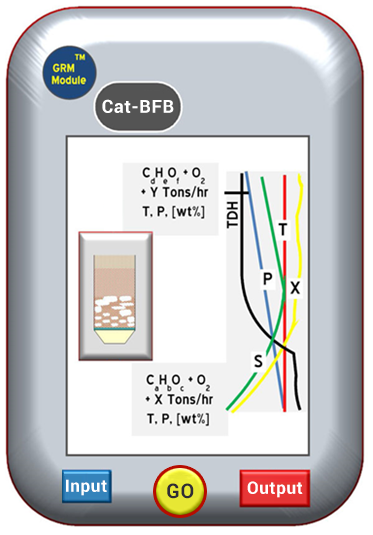 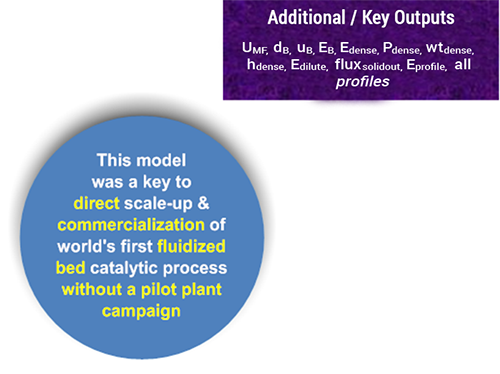 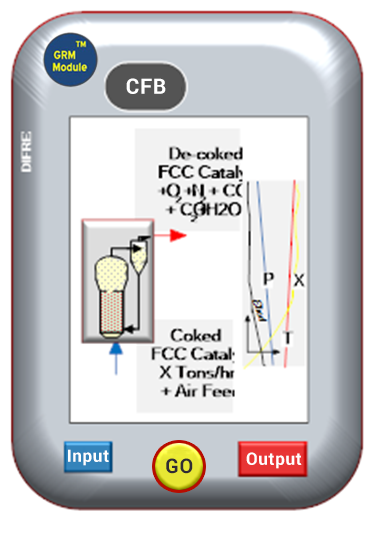 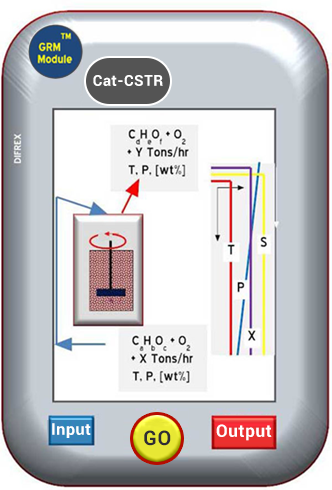 Catalytic CSTR (Cat-CSTR): This model is very useful for establishing reaction mechanism and kinetics from data generated especially from reactors that closely simulate a completely mixed or continuous stirred tank reactors (CSTR) such as a Berty/ spinning basket/ agitated reactor commonly used in catalyst development for gas-solid or liquid-solid catalytic reactors. Obviously the model can also be used for the design or performance projection of any CSTR (if needed) or mixing zone of other reactors such as an FCC and a CFB reactor. 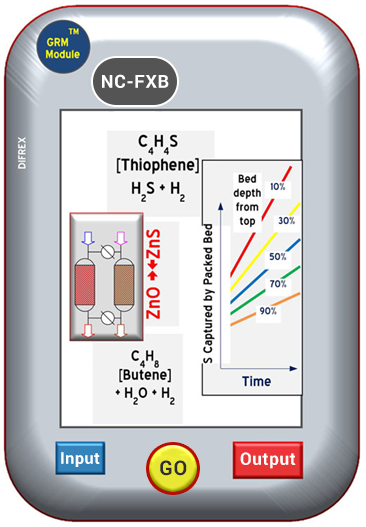 Non-Catalytic Fixed Bed Reactor (NC-FXB): For any solid-gas non-catalytic/ or mixed (catalytic + non-catalytic) reaction, such as sulfur or mercury adsorption by a packed bed of adsorbent, this model provides complete mapping of the unsteady-state profiles, i.e., axial profiles of solids and gas concentrations and conversions as a function of time. This allows one to plot breakthrough curves for gas adsorption or any other reaction system that are critical for the design and optimal operation of a dual-bed Adsorber-Regenerator or once-through Adsorber. The model obviously also applies to the reverse (Desorber or Regenerator) process helping one achieve the optimum design of an Adsorber-Regenerator system. The model can be easily extended to cover a liquid-solid Adsorber-Regenerator system. 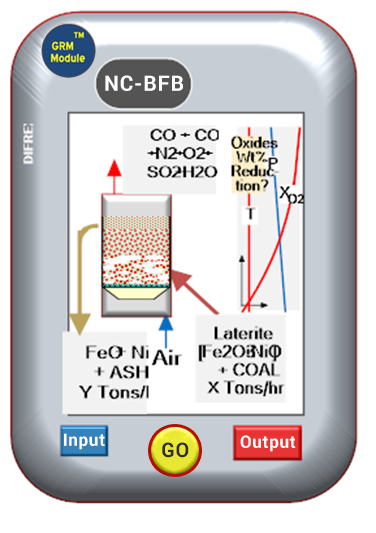 Non-Catalytic Bubbling/Turbulent Fluidized Bed Reactor (NC-BFB): Additional output of this model is applicable to minerals processing like roasting and/or calcining and for combustion, incineration, pyrolysis and/or gasification of solids such as coal and biomass and includes axial profiles of composition, production/consumption and Elutriation rates of reacting and product solids. 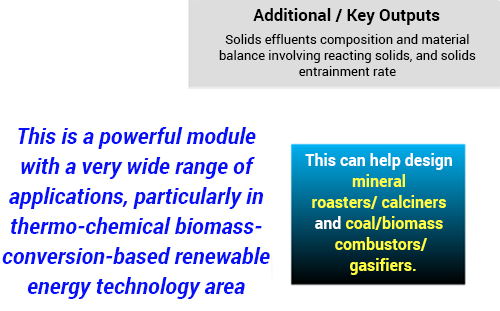 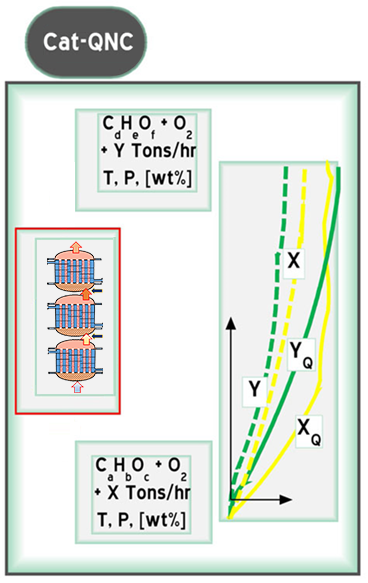 Catalytic Quench Reactor (Cat-QNC): Inter-stage composition of quench gas (part of feed gas or oxidant as example), temperature, number of stages and injection levels can be varied in this module to determine possible effects of these additional design/ operating variables of a reactor. 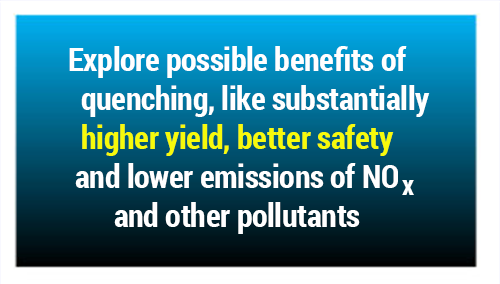 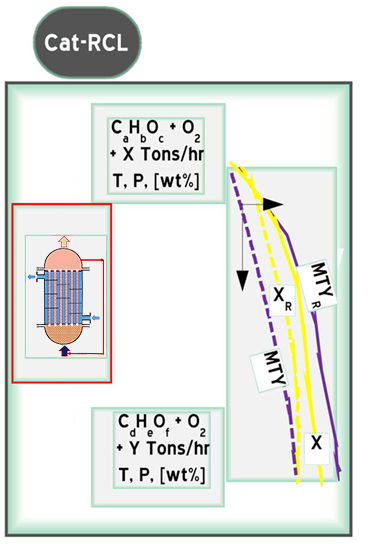 Catalytic Recycle Reactor (Cat-RCL): This option allows one to obtain the potential benefits of a catalytic recycle reactor with only one additional input in the feed – the recycle ratio. 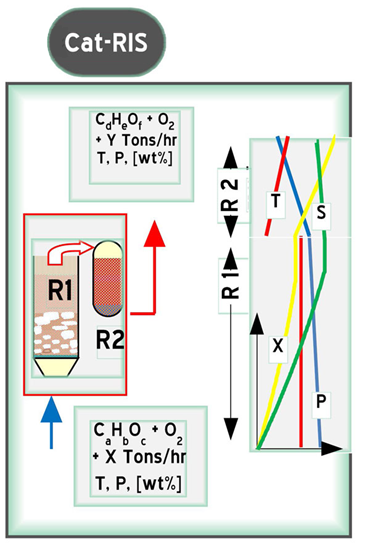 Catalytic Hybrid/ Reactors-in-Series (Cat-RIS): This module allows one to determine the performance characteristics of a number of catalytic reactors in series (Cat-RIS) operating in same or different design and/or operating conditions, such as BFB → FXB or CSTR → CFB → BFB (to simulate an FCC reactor) , with products (or part of it) from one reactor acting as feed to the next reactor. Optimization of this Cat-RIS system may lead not only to significant improvements in both product yield and quality but also to reduction in overall reactor cost. This module comes handy for that polishing reactor design that you may have in mind or for low per-pass conversion reactors.

More …. : Each GRM™ Module is applicable to a particular reactor configuration. More modules such as moving bed reactor and slurry bubble column reactor are under development. Also planned is future development of Syngas generator design based on specific biomass feed stocks such as wood-chips, MSW and agricultural wastes. The GRM™ Package includes all the current modules and will be periodically updated with the addition of new modules/ features or continued improvements in many areas that include:
1) improved parameter estimation routine
2) faster/ automated determination of reaction mechanism and kinetics
3) improved/ faster source code
4) database coverage and extension